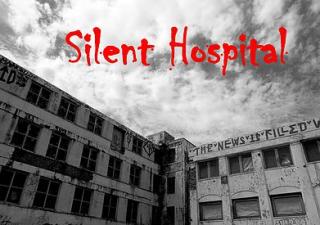 Players must cooperate closely together to succeed at escaping in the time. Come as a team building exercise and see how your team performs!

The clock is ticking, be prepared to solve all lingual, visual, mathematical puzzels in 60 minutes.
Questions? Call us on 02 7901 2205 and we are happy to answer any of your questions.

Several days ago, you received a letter from a guy called Daniel saying that his daughter, Chloe, passed away in Silent Hospital (psychiatric). He was devastated and hardly believe it, so he pretended as a patient and went to the hospital to investigate. You lost contact with him soon after he told you there was "something went wrong" in the hospital. Now you are going to find out what is going on in this hospital.

The Tomb Of Babel

Attention: At least one team member know Chinese charater to solve the puzzle

11 000 years ago, in ancient China, the Emperor was on a journey, seeking the secrets of immortality. Unexpectedly, he stumbled on a sacred tomb and named it "Babel". It is believed that a vast number of miraculous treasures were buried there, one of them being a mysterious scroll. Those who possess it are given an indestructible body. Hundreds of ghouls have come seeking this power but so far not one has returned. Will this prove to be real or just a legend? This mystery’s unveiling awaits you.

One night, you were walking home with mates. In a flash, they vanish. While you are trying to figure out what is going on, you suddenly find yourself in a mysterious space, where time seems to standstill, and everything there is in an eerie black and white. While desperately searching for a way out, you get the shock of your life when you open the door of room number 7.