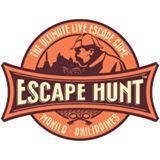 We have 6 game rooms offering 3 different adventures (two identical rooms for each). Each room is for 2-5 players and fully exclusive for your group. If you...

Escape Hunt Brisbane is an all new escape the room experience in Brisbane! If you're looking for one of the top things to do in Brisbane, corporate and team building events or Brisbane's newest tourist attraction, this is it! You will have 1 hour to play the part of a famous London detective investigating a mystery set in Brisbane. You will need all your skills and wits as you gather clues, crack codes and solve puzzles in order to escape the room before time runs out!

MURDER IN THE BARBER SHOPDifficulty: Medium
There has been a murder in the local Barber Shop. As a famous London detective you are called to assist before the press breaks the news in just 60 minutes. There are a number of suspects who have been identified; can you solve this mystery before the story gets out?

TREACHERY AT THE RACETRACKDifficulty: Medium
A jockey has been killed mid-race! Due to suspicious circumstances, an arrest has been made, but rumours have arisen of a local crime syndicate that are casting some doubt on the identity of the murderer. You need to inspect the evidence to figure out who the actual murder was, how they did it and why. The reputation of Brisbane’s horse racing industry is at stake.

BOMB AT GOVERNMENT HOUSEDifficulty: Hard
A letter has just been received stating that a bomb has been set to detonate in Brisbane’s Government House! Curiously, it says there are some clues left to locate the bomb. Maybe the bomber is having second thoughts? Follow the clues and find the bomb before it’s too late!