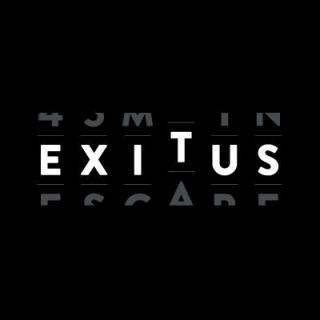 Exitus has five different game themes in dedicated escape rooms. All games can accommodate between 2 to 8 players (max 40 playing at one time). Given the complexity...

Exitus is a real life escape the room experience that is unlike any other form of entertainment in the market. It is the latest team building & entertainment craze sweeping the globe across Asia, United States and Europe. We are proud to be the first and largest dedicated centre in Australia. The first Exitus venue is located in Port Melbourne with more venues coming soon to Melbourne and other Australian cities.

You are a journalist investigating the death of Professor Cigno. You chance upon a hidden study. It's here that you discover the professor had identified the mastermind involved in a robbery of Da Vinci's masterpieces... before being silenced. As you begin to uncover the secrets behind Professor Cigno's murder, you realise you're trapped. And someone is out to stop you. You've got 50 minutes to uncover the secrets, escape and get to the police. Otherwise, you could be the next headline.

You and your mates have been framed by someone you thought was your friend. Now everyone in your group has been sentenced to death for a crime you didn't commit. This is your last chance before your meeting with the hangman. Pacing your cramped prison cell, you ask yourselves: Will you surrender to fate, or take destiny into your own hands? It's a prison break, race against the clock to escape. You've got 50 minutes to decide your fate.

One night you dream of a stroll with your friends through an enchanted garden. It all seems too good to be true. And then it dawns on you. This is not a dream. You are all trapped. You need to escape before you are trapped forever in the garden.

Suitable for players of all ages

You are part of a team of investigators on the trail of a serial killer. You are close to identifying him and he knows it. Can you catch him before he gets you?

You’ve been kidnapped and chained up. You can smell the fear in the room. How did this happen? Why did you end up here? There’s a severed hand on a plate. You might be next. Now is not the time to be afraid. Now is the time to make your escape.