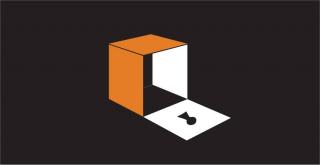 In Roomscape players are immersed in a real life room escape experience.

The objective is to escape - but the only way to do so is to unleash the innovative genius within you. You and your team must locate and solve a sequence of clues and puzzles in order to successfully progress. In a race against time, use your wits, intelligence and teamwork, to navigate through different levels of complexity before the clock runs down.

In 2018, Aerodyne, a world leading medical research facility, has potentially developed a cure for the EBL-01 viral strain. As the board of directors, you and your team are attending a scheduled demonstration at the facility. Whilst awaiting lead scientist Dr. Bromfield for his demonstration on human trials, an unfortunate turn of events occur resulting in the virus being airborne. Infected and in disarray, you and your team will need to find the antidote and escape the facility.

A group of mercenaries known as ‘The Clowns’ have been kidnapping and terrorising tourists in attempts to use them as ransom for the release of ‘The Clown’, the group’s mastermind himself. With little response and no cooperation from respective countries, ‘The Clowns’ have resorted to beheading their captives with little regret. Unfortunately, your holiday is cut short and have fallen victim to such crimes. With no hope of outside help, you and your team’s only chance of survival is to work together and escape!

Everything that made sense to you has been denied and doubted. Everything that you have ever believed in has been turned against you. Locked up in an isolation room, all your senses have been numbed and no one can free you and your team. Unravel your past and find a way to freedom and sanity.

The Lost Scepter of Tutankhamun

The Scepter of Tutankhamun is an ancient artefact since thought to be only a myth. However, recent findings by an infamous archaeologist have confirmed its existence. This has sparked new interest from many treasure hunters around the globe to set out on impossible expeditions. In the race to acquire The Lost Scepter of Tutankhamun, those who survived to tell the tale have failed. Who will be next?