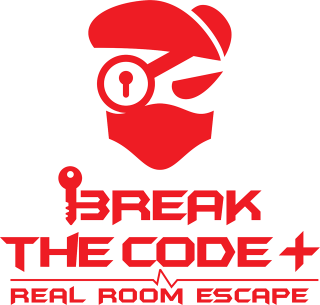 Challenging and fun live escape game designed for all ages.
The goal is simple yet challenging: Get out in time!
Else... you could be trapped inside...

Break The Code+ offers "escape the room" experience by searching the clues and solving puzzles within a time limit. Our unique game offers an experience that will definitely keep your mind occupied! If you like answering riddles, solving puzzles , looking for challenges and want to be the next Sherlock Holmes or Nancy Drew, this game is just for you! If you are a traveller, Break The Code+ has to be in your Places-to-visit list. Be awed with our amazing games and friendly staff.
WHAT'S THE DIFFERENCE?

On the contrary from Break The Code, Break the Code+ offers bigger rooms and better codes. Equipped with comprehensive technologies and mind boggling puzzles, players are able to enjoy our exciting themes in an increased level. The themes consist of interesting story plots specifically designed by experts, which can be challenging yet fun for all players.

Operation Stealth received information about the terrorist invented a new virus as weapons of mass destruction. The virus is a threat to the federal government and might alarm the civilians across the world. Your mission is to investigate, steal the virus and nullify their objectives

Da Vinci
The Secrets Beneath

You are being invited by the Florence museum curator to study the renowned artwork of Leonardo Da Vinci. Soon your research reveals which believe to be secret maps and hidden clues in his amazing artwork. You have decided to trail the clues and uncover the secrets of Da Vinci’s paintings

Aspired game elements by Amazing Race, Running Man & Crime Investigation. OUTING ACTIVITIES. A serial bomber is on the loose for a long time and aims to kill innocent lives at all spots at major cities in Malaysia. Many feared of his activity, causing panic among civilians and is a national threat to the country. The identity of the bomber remains unknown and the authorities are in the search for the notorious Ghost Bomber. However all effort remains fruitless and the Ghost Bomber remains at large. The Ghost Bomber loves leaving trails of riddles for detectives to trail. Recent news confirmed that the Ghost Bomber will be planting a bomb in George St, NSW. Your tasks are to locate the bomb, diffuse it BEFORE it explodes and identify the suspects. You have 90 MINUTES to solve the case.

Incredible stories were told about an ancient relic which possessed special powers that can change the entire world. The Meso clan buried it in an undisclosed location to avoid it from the hands of evil men. For 2000 years, countless warriors fought to obtain this rare treasure in order to rule the world. Fascinated by the stories, you set sail for this rare treasure. With the clues given, you stumbled upon the entrance of a hidden chamber…

Avatar
The secrets of Pandora

Discover more about Pandora island to help you escape. In year 2090 , the human race invented Avatar helping them to explore the environmental life and rich minerals of Pandora Island. Your task is to discover more information and explore the way back.

Lost
Survivors of the Crash

You and your comrades ventured into the Amazon to execute a special mission. Your pilot loses conscious after being poisoned by a rare flower during the journey back home. The plane crashed deep into the jungle leaving you clueless about the location. Your task is to retrieve the black box and return to civilization.