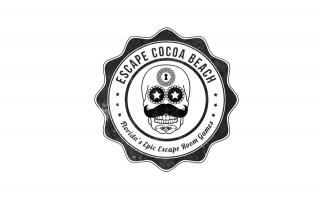 You’ve been wrongfully accused of a crime and are being held in a small-town Sheriff’s office. You must find your way to freedom, while also retrieving...

This is just one of the exciting challenge scenarios you can take on at Escape Cocoa Beach. Step into one of our three themed rooms, learn the backstory for your challenge, and work quickly to solve it. Our real-life adventure games allow you and your friends to combine wits to complete a common challenge. You’ll use your individual talents to help the team, and you’ll need to do it quickly -- you only have 60 minutes!

It’s the mid-1970’s and you have been wrongfully accused and arrested by a small-town Sheriff. He has you in a holding cell next to his office. You must find your way to freedom, while retrieving the evidence he holds against you. He plans to take you in front of the judge and prosecutor after his lunch break. You have only one hour….

You and your family are touring an aerospace facility.  You wander off and find yourselves in the office of a scientist who mysteriously vanished  in the 1960’s.  He was studying extraterrestrial life, supernovas and intergalactic travel.  His office remains untouched.  You have one hour to uncover the secret of his disappearance…

11 men were convicted of Boston’s Great Brinks Robbery committed in 1950.   They were given life sentences. Millions of dollars were stolen with only a few thousand ever recovered. A 12th man, Lester ‘Lefty’ McHale, was long rumored to be the mastermind of the crime.  McHale, however, was never charged.  Now  90-years-old and in failing health, McHale leaves his Florida home once weekly, when his son, also a reputed gangster, drives him to lunch.  This outing takes no more than an hour.  Does McHale still have some of the unrecovered loot?  You have that hour to find out.