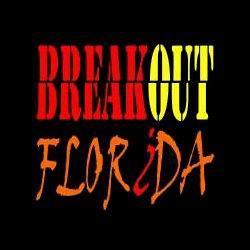 Looking for something different to do in Florida? Then this is it. Breakout Florida is a unique fun, friends or family activity. It is Florida's number one life...

Breakout is a live escape room game located in Hallandale Beach, Florida. You are locked in a room with friends, family or work colleagues for an hour and have to solve a series of puzzles and mysteries to escape. You will have to search high and low for clues and work together if you want to escape. You have 60 minutes to escape by using only your brain (this may be a problem for a lot of you), there are no physical activities or challenges involved in the game.

The night out at the BAD GIRL

This room is restricted for ADULTS ONLY! You had an outstanding night out with your friends. Nobody knows the details but it looks that you are trapped in the room of Lulu White. If you were passing through New Orleans in the early 1900s, the Storyville district was the place to be. A red light zone to rival those of Europe, it was a great place to spend all your hard-earned cash. Lulu looks okay, but not the kind of woman you’d want to mess with. You only have 60 minutes to leave her room, or deal with her anger, by the way, you had no money to pay for the services last night… This room is restricted for ADULTS ONLY!

Thomas Alva Edison was an American inventor and businessman. He developed many devices that greatly influenced life around the world, including the phonograph, the motion picture camera, and the long-lasting, practical electric light bulb. Find the parts of his last invention he is working on, and use it to get out of his room. You only have 60 minutes to leave the room before he returns.

The mystery of Clarence Earl Gideon

Clarence Earl Gideon was a poor drifter accused in a Florida state court of felony theft. At Gideon's first trial, he represented himself, and he was convicted. After the Supreme Court ruled that the state had to provide defense counsel for the indigent, Florida retried Gideon. At his second trial, which took place in August 1963 with a lawyer representing him and bringing out for the jury the weaknesses in the prosecution's case, Gideon was acquitted. Find some of his secrets, and use them to get out of his room. You only have 60 minutes to leave the room before he returns.