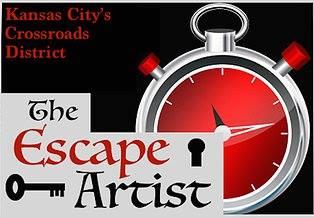 It's a live action interactive brainteaser.
What is often called a live "escape the room" puzzle.

The Escape Artist is a live action brainteaser

We have three different rooms to choose from.
Each room has its own scenario and set of clues.

The idea is that a group of up to 8 people are locked in a room that has a simple theme (a detectives office for instance) and you are given a short back-story to explain your mission, the rules, and how everything works...

The game is to uncover clues, find items such as keys or hidden messages, solve riddles, unravel brainteasers, crack codes, and so on, which are found in or on the various items in the room or given to players verbally, and which, in combination lead to a solution or key that allow your group to solve the puzzle and win the game.

Matt Steele is missing, along with over 6.2 million dollars in company funds and the deeds to a lot of prime real estate. As a team of detectives / fortune hunters you are anonomously hired to go in and put the pieces together, find the missing money, the property deeds, and Matt, before the police come back and put the lid on their investigation.
But something just doesn't feel right..

Enter the world of intrigue and mystery, as we take you back to the days of leggy dames, old school gangsters, crooked flatfoots, and cagey private dic Sam Spade on the case...
Now Sam has gone missing and you have fallen into the snare set for him by his arch nemesis -  The evil Muldoon...
Beware the woman in red!

Currently this room theme is only a place holder to help us design and build the web-site. The actual theme is being kept secret until just before the room opens to the public.
We know...

The anticipation is killing you, right?