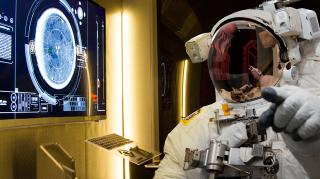 Try to escape lunar station in disrepair and survive. Far in the outer space. Only team work can return lunar crew home.

The computer game “Escape the Room” appeared in 1994 and became very popular. Up until recently, no one has tried to transfer a computer game into reality, but now this type of interactive entertainment is gaining massive popularity.

Interactive escape games are becoming popular all over the world: United States, Russia, Japan, Europe and many other countries around the world. We now invite you to participate in this interactive and revolutionary experience here in Los Angeles.

Prepare yourself for an unforgettable experience filled with high-tech devices, clues, puzzles and the most interesting mysteries of our time.