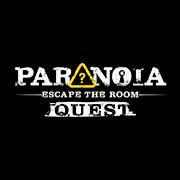 X-Files You are privately funded journalist and field expert who illegally entered NOA facility in order to find a truth.

Will you come back alive?
In 1997 Meteor RX13 crashed into the New Mexico desert as part of a large meteor shower that year. The Air Force conducted several recovery efforts based on strange energy anomalies measured and reported by NASA on the night of the shower. The samples were taken back to an NOA (National Oversight Agency) field office in Arizona before being shipped to an undisclosed NOA facility for testing and research. A former NOA scientist and whistleblower would issue a report 4 years later detailing a gruesome discovery within the RX13 specimen and a subsequent biological outbreak that had killed over 25 top NOA scientists and security personal.

According to this whistleblower, Robert Jackson, NOA researchers had indeed discovered an active energy pattern within the meteor prompting a further core sample and research into the anomaly. Jackson was a member of the original team responsible for studying the core samples and issuing a report back to NOA directors in Virginia. According to Jacksons testimony the core sample had revealed a soft inner chamber with a density of over 5000% less than the surrounding sample elements. Upon further examination of this chamber, scientists found a small fluid filled pocket within the meteorite shell containing 17 small pods, roughly the size of a kidney bean and of various coloring. These small pods had unusual heat signatures and a measurable pulse read by an EKG (electrocardiogram.) This electrical impulse sent waves through the top NOA research community and resulted in a secondary transfer of the specimen from the geological research facility to the far more modern and secured biological research facility in Virginia, only 20 miles from the NOA headquarters and well within the seat of government control and security.

Over the course of 15 years the RX13 Meteor was the subject of numerous well funded governmental studies into the apparently organic mass, its composition and its origins. For 13 years very little progress was made, yet the sample remained fully intact, its pulse even and all organic processes seemingly functional. During this time 3 of the 15 “pods” were removed from the mass and sent to other facilities internationally as part of a global space transparency agreement signed into effect by all of the leaders of the 10 most powerful countries as part of treaty to share knowledge and research as it relates to space exploration. One sample was sent to St. Petersburg and the other to a facility in France. Within 6 months both of these facilities suddenly went offline, disappearing completely from the intelligence grid. Overnight they went blank, and both governments gave no explanations nor could any personnel from the facilities ever be located and questioned. Neither sample was seen again and the towns surrounding both facilities were evacuated and left desolate under military quarantines.

The remaining specimens at the NOA Biolab continued to render little in terms of changes or progression. That is until recent days. After a private request was submitted by Harvard University to acquire a sample “pod” for its own research was approved by the NOA something did begin to happen. The sample pod was removed from the mass and contained within a separate container in the facility. Within 48 hours there was a sudden emergency SOS call from the facility security station to the NOA Headquarters regarding an “outbreak” and subsequent casualties as the result of infection by a biological organism in the facility. Little more was said before the radio went dead and numerous calls from the NOA to secure lines within the facility went unanswered.

Immediately the NOA dispatched on of its elite task forces to the facility to secure the specimens, assist survivors and neutralize any threat. Upon arrival the team found a scene of mass carnage. Many bodies were visible on the exterior of the facility, some of them apparently torn open from the inside, all of them dead from apparent mass hemorrhaging.

For two days the NSA collected radio and satellite evidence of 6 attempts by NOA security teams to secure the facility before suddenly withdrawing all personnel and blacklisting the facility. Within 24 hours of the last attempt all power had been cut, a massive fence had been largely completed around the compound and large “No Trespassing” signs and “Condemned” signs popped up all around the 100 acre complex and by day three the facility was abandoned. No budgetary statements were made to Congress, the blacklisted project simply fell from existence without any explanations at all.

Until the families organized a massive facebook petition which gained over 10,000 members and supporters demanding an explanation for the sudden disappearance of over 1,200 personnel, many of them fathers, mothers and children of surviving Americans. Within 2 months the petition was receiving national attention and the conspiracy theorists, alternative news channels and online media were labeling it everything from an Illuminati reptilian cover-up to a biological outbreak to an attack from Islamic Fundamentalists. From this national media attention, and subsequent government denials and refusals to release classified documents a rogue journalistic movement was created by over 20 journalists and truth seekers from various backgrounds who with the support of the massive family operated facebook petition, raised funds and organized a secret venture into the facility to get answers for themselves.

Finally, privately funded journalist and field experts illegally crossed through the fence surrounding the abandoned NOA facility and entered the laboratory where it all began…and where it would all soon end.