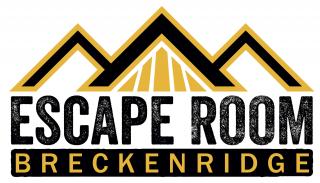 Escape Room Breckenridge is the first live escape game in Breckenridge.  Your group, comprised of friends, family, colleagues, or strangers are locked...

The game is designed to test your problem solving skills with friends or with complete strangers while racing against the clock.  Will you solve a murder mystery or find Captain Steelhook's treasure?
Do you have what it takes?  Will you make it out in time?

Step back in time to 1952.  The Hollywood Golden Age.  Elvis Presley played on the radio, Dragnet on the television.  You have entered into a glamorous Hollywood starlet's dressing room but she is nowhere to be found.  Upon investigation you discover she's been murdered!  Can you follow the clues to solve the murder before the killer returns?  Do you have what it takes to get out in time???

Ahoy Mateys!  The notorious Captain Steelhook has boarded and captured your ship!  You and your loyal crew are being held captive in his brig while he plunders and pillages the village to add to his stash of pirate booty.  He will return in 60 minutes.  You and your mates must find his treasure trove in order to escape.  If he returns and catches you you'll be walkin' the plank!