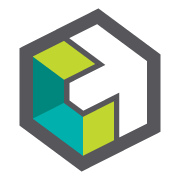 I’ll bet right now you’re at home surrounded by a graveyard of microwaveable burrito wrappers trying to figure out whose bodily fluids were left at a...

Codescape features real-life adventure game experiences where you can search for alien life, race to recover a relic, investigate paranormal activity, or loose yourself in a lucid dream… You have sixty minutes to complete the objective. Explore the space around you to discover hints, clues, and secret passageways. The story will unfold as you and your group work together to solve a variety of physical and intellectual puzzles.
We’ve taken the escape room concept to a whole new level… Our design team has worked on entertainment projects such as ‘The Wizarding World of Harry Potter’ and ‘Halloween Horror Nights’ at Universal Orlando. We’ve applied our skills to create highly immersive environments with Hollywood quality sets, special effects, soundscapes and multi-sensory puzzles. So go on an adventure… Be the Hero!

Legend has it, the Asi Sword was created to uphold cosmic order… Hundreds of years ago the sword was stolen by a crew of savage pirates. While attempting to escape with the relic, the pirates found themselves caught in a violent storm that left them shipwrecked along the coast of India… In recent years the wreckage has been discovered. Now it’s up to you and your team of archaeologists to retrieve the Asi before a rival group of nefarious treasure hunters beat you to it.

The house at the end of Winding Hollow Road dates back to 1881. Despite its longstanding presence, the home has rarely been occupied. Families would move in, and quickly be driven away… Five past residents ended up in a nearby psychiatric institution, all curiously alluding to the old home’s attic as the sole source of their derangement… You’ve been sent to investigate the ominous Winding Hollow Estate. Will you discover what’s lurking within the shadows?

Is humanity truly alone? Radio signals have been received from a distant part of the known universe, suggesting the existence of intelligent life. As a team of exobiologists, you have been sent on a mission to deep space, in hopes of making first contact. But somewhere along the way, a breach has compromised the spacecraft’s security… Will you discover alien life, or will it discover you first?

Somnio Laboratories is experimenting with a new sleep pharmaceutical and you are the test subject. In previous trials, patients reported visiting hyper realistic dream realms indistinguishable from waking life. Other patients have been unable to report anything at all, left in a state of catatonia… As reality begins to bend and break, will you successfully navigate your way back to sanity, or remain permanently lost in an alternate dream world?