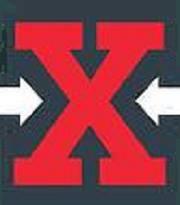 Are you looking for a fun activity for your group of friends, family or colleagues? If you're tired of the same-old-same-old, and you want to experience something...

make it out of one of our rooms before time runs out! "Escape the room" games have been popular in Asia and Europe for many years. But now, you can enjoy the same experience, right here in Charlotte, North Carolina.

When you are unwillingly kidnapped by the criminal mastermind Leviathan, the mission which he bestows is a matter of life and death. Are you skilled enough to crack the Queen City Bank’s state of the art security system and steal a priceless jewel, or will Leviathan’s plan prove to be too difficult- and you perish inside? Prepare to go on the mission of your life, and do whatever it takes to make it out alive.

CABIN IN THE WOODS

Are you up for the challenge of beating our Cabin? If you want to be a part of an elite group of expert escape-the-room players, this is the room to beat!

Dark woods, late at night, abandoned cabin...In case you haven't already guessed, this one might get your heart racing! Our goal is not to outright scare you so there is no one hiding in the room. We have simply created a room that would take you to a different state of mind. Enough said, come and have some fun! Murder Mystery

You thought you could drive all the way home tonight, but you're just too sleepy to make it. The only motel you could find was the "Sleepy Haven". It looked sketchy, but you were just too tired to care... that was until you checked in and saw what happened in your room...

Whether you've played escape-the-room games before or not, you'll love our Murder Mystery room. There are lots of puzzles to solve and a more sequential feel than our other rooms. Each solved puzzle will take you one step closer to the final reveal! The Final Sacrifice

The infamous cult, The Church of Light and Dark, has decided that you, their fallen follower will be their final human sacrifice! In this immersive game of life and death, you will be pushed to the limit as you race against the clock to free yourself from the Room of Sacrifice where so many have lost their lives before you. Secret locks, hidden passages, and evil spirits will test your mental prowess to see if you are worthy to receive eternal life! Will you be able to solve the puzzle and survive, or will you become....The Final Sacrifice? LOST IN SPACE

This room is sure to be an out-of-this-world experience, as you are immersed in a hands-on escape-the-room game like no other.  After a space mission gone wrong, the team is tasked with working together to repair the ship and seek rescue through the escape hatch before they run out of oxygen and their time expires. Because of the expensive equipment in the room, players have to be at least 21. Quest of Honor

A gold hungry dragon is laying fire to the medieval town of Westwend. The castle's only hope lays with your small band of heroes. Can you figure out how to defeat the great dragon and retrieve the long lost artifact it had been protecting?
Copyright © 2022 RoomEscape.com
Privacy Policy
Terms conditions