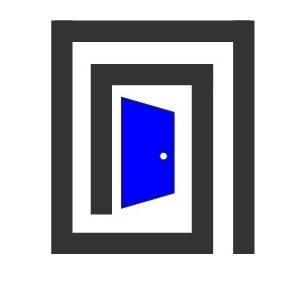 Unplug and experience a real life adventure game that will challenge your wits and skills with only 60 minutes on the clock.  You will crack codes and solve...

Cheyenne's First Escape Room
The concept is simple: You and your team will be locked in a room where you have
60 minutes to find clues, solve puzzles and escape the room before your time is up.
Play with your family, friends or co-workers and see if you have what it takes to make an Epic Escape.

As you're walking through a toy store you stumble into a secret room. As the door locks behind you, you begin to look around. You notice there are games, everywhere, and it appears that you are now part of them. Play the games before they play you to get back to reality. It's your move!

Curse Of The Undead

A deadly virus named the "Curse" has spread throughout the world turning its victims into the undead.  It has been rumored that Dr. Leon Gordis, a leading scientist from the Bio EPID Lab has developed a cure.  He is now missing.  You and your team from  the CDC (Center for Disease Control) have been sent to Dr. Gordis' lab to find the cure...if it even exists.  During your search the undead has descended upon the lab.  Now it's up to you to revers the Curse of the undead, escape the lab and save the world before it's too late.

Myth of the West

The American West 1867.  Pioneers, outlaws & bandits pushed their way westward in search of land, gold and silver.  You and your gang just entered the Cheyenne Saloon to have a drink when the door slams shut behind you.  This is the infamous Wild Bunch's territory and they don't take kindly to strangers.  You have only 1 hour to escape the saloon before the Wild Bunch returns.

As the coach of the defending championship team, you're working hard on a surprise play. But, as the team leaves for warm-ups, they accidently lock you into the locker room. Just an hour before the big game you remember the equipment manager has the combination hidden in the equipment room. Get your head in the game and find your way to the field before the game begins.  **NO KNOWLEDGE OF FOOTBALL IS NECESSARY.  EVERYTHING YOU NEED IS PROVIDED IN THE ROOM**