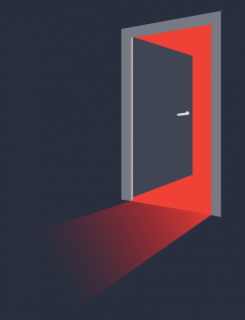 so we don't recommend this experience for players younger than 8.

For 2 - 4 players
Your team of secret operatives have been taken hostage and locked in a janitor’s closet along with a bomb that is set to detonate in one hour.  Your team has to figure out how to defuse the bomb and escape before it explodes and kills you all.

For 2 - 5 players
A prospective U of A football player is missing. Clues you find in his backpack lead you to look for him in Devil's Den State Park. This room has football, mystery, local flavor, and a surprise or two.

For 2 - 6 players
You and your team are highly skilled thieves attempting to rob Ozark Community Bank. Can you grab all the gold and make a break for it before the cops show up?

The Haunting Of Dorian Gray

For 4 - 10 players
You are transported to Victorian England and the home of Dorian Gray, a hedonistic man whose callous cruelty has led to the death of his lover, Sibyl.  Sibyl haunts the house and will haunt you until you escape the room.