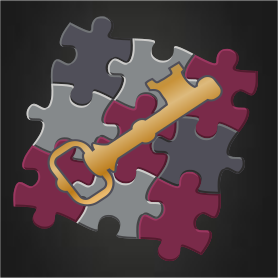 Find the hidden objects, figure out the clues and solve the puzzles to earn your freedom. You have a limited amount of time, so be quick! Come with your friends, family and coworkers and have a great time.

In 1898 Pug Ryan and his gang robbed the Denver Hotel on Main St. in Breckenridge making off with considerable loot. The men fled to a cabin in Kokomo where they were soon caught up with by two lawmen. A shootout ensued, resulting in the death of Pug’s partner and both lawmen. Pug narrowly escaped leaving behind his ill-gotten gains. Ten years later, school children stumble upon the treasure while having a luncheon on Jacque Mountain. Among the loot, was the gold pocket watch that belonged to Robert Foote, the owner of the Denver Hotel.

The year is 1908. You’re a miner who’s been down on their luck. You’ve just heard that some school children have found the loot from the Denver Hotel heist. Rumor is that they have stashed it in the schoolhouse until they can get it back to Mr. Foote. Can you sneak into the classroom and steal the watch while the kids finish their luncheon?60 Minutes Recommended for 2-8 Players


An MI6 agent has gone missing through mysterious circumstances, you play the role of covert operatives investigating his last known position. A small safehouse at an undisclosed location. Your directive is to locate the whereabouts of the missing agent and identify those responsible.
60 Minutes Recommended for 2-8 Players