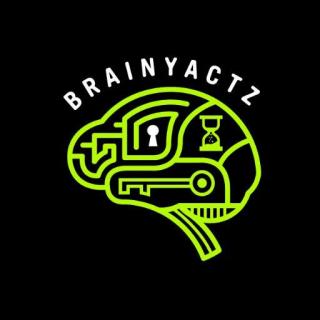 The door is locked. 60 minutes are on the clock. Are you ready?

Brainy Actz is a real life puzzle adventure that...

You are a group of intrepid explorers who, while on an expedition to discover an ancient buried treasure, were taken captive by a notorious Pirate from the seafaring days of yore. Can you escape his ship before he delivers you to Davy Jones in order to pay off a debt hundreds of years old? You will need to work together and use the clues at your disposal in order to escape!

Remember. Be quick. Be clever. Be brave.

2-10 adventurers permitted on board.

Deep in the jungles of Africa, your safari has taken an unfortunate wrong turn. As you frantically search for the way to safety, hints of an ancient treasure and a fierce native tribe begin to reveal themselves! Can you claim the treasure for yourselves before the natives turn you into stew?

Remember. Be Quick. Be Clever. Be Brave.