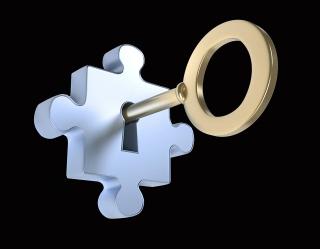 C. R. Escape Zone is a real-life room escape game which requires players to work together to solve hidden puzzles to escape a locked themed room.

C. R. Escape Zone, Escape Rooms are a real-life room escape game which requires players to work together to solve hidden puzzles to escape a locked themed room, before the 1-hour timer runs out. This exciting new concept, brings the popular online game into real life and gives players the opportunity to use their intuition, teamwork skills and intelligence to accomplish a unique and challenging task. The game is incredibly popular in Asia, the US and several European countries. Thousands of people have played worldwide and 99% say they would visit again.

You are the lead detective in a series of murders.
This is the 5th murder this week, a young lady named London Stewart. Finally, it’s all starting to come together of who is killing all of these people. Danny Cortez is a very wealthy and powerful individual in the drug world. He is getting rid of anyone who could convict him in a trial knowing that the cops are closing in. You heard form an undercover informant very close to Cortez that he has hidden the murder weapon in Stewarts apartment 1B.In fear that he will be the next victim he cannot tell you where it is hidden. Instead he has left you a series of clues to lead you to the weapon. You now have one hour to find the weapon that will convict Cortez before he boards a plane heading for Afghanistan.

You wake up and find yourself in Dr. Tom’s evil lab.  He had been working to find a cure for TNS7 but was fired before he could finish.  Now he has turned the cure into a medicine that turns people into strong, obedient zombies that will follow his every command for his army.  He has left for 60 minutes to find more victims for his army.
You must figure out how to escape before he comes back for you!  In the lab is a zombie he has been working on.  He is tied down with 5 restraints but every 10 minutes he is getting stronger and breaking one of his restraints.  If the zombie gets you then you must go into quarantine until the rest of your teammates can escape and send help for you.

You work for Building Block Toy Company.  You and your coworker Austin were both up for a management position, which you were sure you would get.  You have been working for the company longer than Austin has.  Come to find out they gave the promotion to him.  You’re mad and have decided that if you discover something on Austin that he will get fired and they will surely give you the position.  Today he has a 1 hour lunch meeting and you are going to look around his office while he’s away.  Once he leaves you slowly enter his office, the door shuts behind you and the door automatically locks. You know the spare key must be somewhere in the room!  You now have 60 minutes to get the key and get out before he comes back or you will be the one getting fired.