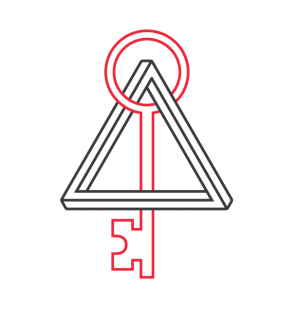 This is truly a unique and interactive entertainment activity where you and up to 5 friends or strangers are placed in a room with only 60 minutes to escape or complete the challenge.  Using your brain-power, as well as the tools and clues provided to you throughout you must find a way to escape.  If you’ve ever dreamed of participating in a heist, solving a murder or stopping a bomb from going off this is exactly what you’ve been looking for, you know, minus all the hazards of doing them in real life. If this is the first you’re hearing of real life escape games, you’re not alone.

The Cure – Escape Room How many times have you dreamt of being the hero that saved the fate of all mankind?
Have you ever thought what would happen if a rogue nation had let loose a massive bio-terror attack that’s effects are transmitted person to person creating a worldwide pandemic?
At Lincoln Escape Room you can become the spy(ies) that save the world and receive all the glory that comes with that, except no one will ever know you existed, since you’re a spy and all.
Here’s what we know, a nefarious rogue group is intent on letting loose this bio-terror and creating havoc around the globe.  Through our intelligence efforts we’ve located the secret lab of their head chemist and we’re sending you in to find the antidote.
The one problem is we don’t know where it’s hidden, we do know that you only have a 60 minute window to find it and escape without being caught.

Missing Musician – Escape Room Your mentor and one of the world’s premier musicians has gone missing.  On the precipice of releasing his masterpiece that would put his name with the great musicians of the past.  He’s always been a bit of a strange fellow, to have that kind of talent requires some level of insanity.  Over the past few months he’s become paranoid and reclusive and now he’s vanished with the only clue being a letter directing you to his study.
You decide to investigate but once in his study the door has shut and locked behind you.  Was there foul play involved or has he simply run off to never be heard from again?  It’s up to you to find out what happened to him and figure out how to get out of his study.

Art Heist Having made it inside Abbot’s mansion, as the Special Art Recovery Unit from Interpol you are tasked with recovering a stolen diamond and returning it stateside to it’s rightful owner. The notorious Abbot has been responsible for some of the biggest art thefts in history and now it’s time to turn the tables on him. This will need to be done in a swift manner as he has an excellent security system that we can only hack for so long before his security team catches you.
Half of the team will be in Abbot’s office which controls many facets of his art gallery, the other half of the team will be in the gallery itself. Both parties will need to work together without being able to see each other for a portion of the heist.