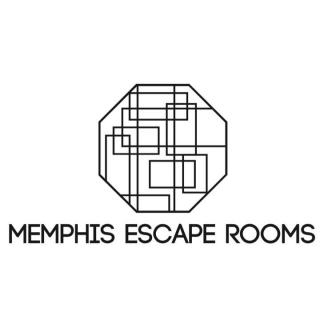 Our escape room experiences allow players to step into a world of mystery and excitement, and put their wits to the test in an unforgettable, heart-pounding hour...

Whether you are looking for an afternoon of adventure with family, a memorable night out with friends, or an unmatched team building experience with colleagues, look no further than Memphis Escape Rooms. Do you have what it takes to escape the room?  There's only one way to find out.

Technology has changed the rules of warfare. The United States and its allies are fighting a losing battle against a new, faceless nation-state that has risen to power using an artificial intelligence system called Parallax.
Our data indicates that this system is being housed in a maximum security compound.  Disabling Parallax is the only way to win this war. Your mission is to infiltrate the security compound, steal the code that powers Parallax, and escape before it's too late.

After three years of non-stop investigation into a series of murders by a serial killer, the situation has reached a breaking point. The meticulous hitman, dubbed "The Mayflower" because of the ship-in-a-bottle relics found next to his victims, has slipped and left a bit of evidence that has led the investigation right to his apartment.
Join the investigation in our flagship room, by exploring the mind of the serial killer, unlocking clues, and attempting to stop this psychopath, before he stops you.

What's in the BOX?

The late Reginald Merryweather has long held massive fortunes, and after his recent passing, his wealth was distributed amongst family and personal charities. The only piece of the eccentric businessman's estate that remains unclaimed are the contents of a box that Mr. Merryweather kept by his side at all times. No one knows what the box contains, but the billionaire always said it held "something of great value."
Mr. Merryweather left a trail of clues in his private office, but warned that they can only be solved by those worthy of the ultimate prize.  Race to unlock this mysterious box before its priceless contents are claimed by greedy relatives.

After years of mental and physical abuse, Jester the Clown finally snapped. Left with no choice, his employers were forced to stash him away in a mental institution.
But after a matter of months, Jester escaped, and returned to the carnival with one mission: revenge. He has seized control, is holding patrons captive, and has turned the whole thing into his own little asylum.