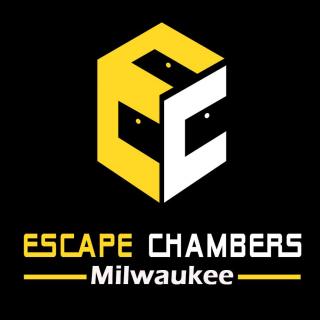 Escape Chambers MKE is the real?life incarnation of movies like Saw, National Treasure, Sherlock Holmes, and The DaVinci Code. Puzzles, riddles, and coded messages are your only means of escape, as this is more a mental challenge than physical. Successfully navigating the different scenarios of the rooms, require more than just brains, alone?you must learn to communicate and work together with your team members, if you want any hope of walking out the doors to freedom. Group sizes vary, based on each different scenario, and all ages are welcome; although we do recommend participants be 10 and older, as some of our rooms contain more of a ?fear factor.?

Esteemed professor of modern world history, David Morgan D.A., has been called upon numerous times, by the FBI, as both a consultant and expert witness, in a string of recent historical document theft cases. A new link has been established between each of these cases and, given the historical significance of the stolen items, it is now believed that Prof. Morgan, himself, has been the mastermind behind the entire network of thefts. You, and your team, have been sent in, undercover, to bring him down. As a flight risk, you will be required to work quickly to gather the necessary evidence, and get out, before Morgan returns from class and you are found out. Consequently, should you fail, the US Government will disavow all information regarding this assignment and you, and your team, will be issued burn notices.

They say “a picture is worth a thousand words,” but no one ever says what those words are. Pain, torture, agony….screaming; only 996 to go. After being personally invited to model at a private casting call, hosted by charismatic photographer, Adrian Scuro, you and a handful of other hopefuls find yourselves in a posh studio, surrounded by white walls and displays of hauntingly beautiful photos. Maybe a glass of water will help calm your anxiety. He really should look at filtered water…this stuff tastes weird. You begin to have second thoughts as your nerves get the better of you…you try the door, but it is locked firmly in place. You remember hearing about mysterious disappearances and murders, in the area, over the past few months…but, this can’t be…it’s not…oh my god…it’s him. You know you don’t have much time to get out, before he gets back, but how?! The clock is ticking and you are starting to feel dizzy…really dizzy. The water. No, no, no, no, no! This is not happening! A voice in your head screams, “Get out, NOW!” You don’t have much time…none of you do.

You’re halfway done. You lifted the diamonds, successfully managed to hide them inside of the small wooden sculpture, and got out of France without any issues. Good thing U.S. Customs doesn’t check traveling pieces of art near as carefully as other goods entering the country. All you have left to do is break into the gallery and get them out of the sculpture. Why did things have to turn complicated? The heist was supposed to begin tomorrow night...fortunately, Donovan, your team leader, read between the lines. The brains behind this whole thing were never going to let us walk free with their goods….they need a scapegoat and your team fit the bill. Solution: Take it back before they have a chance to set you up. Donovan left the briefcase with the tools in the adjacent retail space, next to the gallery. You don’t have time for some elaborate plan, so you’re going to have to do a lot, with a little. Get the goods and get out….or maybe spend the rest of your lives in prison.

The TR-18 virus was created by your team of top military scientists...not as a weapon, but rather a research tool. Its conception would have allowed decades worth of raw data to be observed and recorded, resulting in the ability to combat and neutralize within a matter of days countless unknown biological, chemical, or radiation-based weapons. But something went wrong...so very wrong. An underground group of animal rights activists managed to infiltrate the facility and liberate all of the test subjects...and the virus they're carrying. They have no idea what the have just done. Knowing that the facility has been compromised, automated security measures have been enacted to contain any potential outbreak. It is too late for that. If Operation: Clean Sweep does its job, it will eradicate any possibility of saving the human population, as it will destroy all 60 samples of genetic material that is resistant to the virus, as well as the 3 necessary binding solutions. Without all of these components, there is no hope in synthesizing an anti-virus in time to save humanity from its impending fate