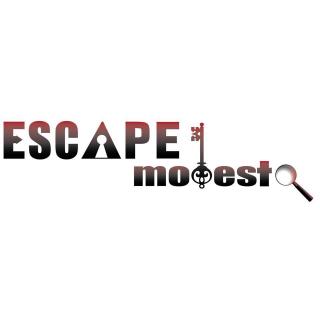 You and 9 others enter an unfamiliar room.

Foreign words, numbers, and drawings are scrawled on the walls, items scattered. A voice announces you have 60 minutes to escape. You look into each others' eyes and a panic ensues. Everyone begins hunting for clues, answering riddles, solving puzzles, ANYTHING to help you find the key to the door that was just locked behind you..

You and a group of treasure hunters discover the fabled hidden treasure of King Tutankhamun which has lain undisturbed for centuries. Once in the secret lair, the door suddenly closes behind you and you're locked inside with just one hour of oxygen remaining. Will you be able to follow the trail of clues and escape with the fortune or fall victim to the room like those before you?

You have been framed. You are locked in a maximum security prison awaiting execution for a crime you didn't commit. Many have attempted to escape this prison in the past and it has been rumored that those who may have escaped left behind secret messages and clues of their plans. You have one hour to escape before the prison guards return. Will you be able to find and decipher what is hidden in your cell? Your life and destiny are in your hands.

You're the lead detective on the trail of a suspected serial killer that has just struck again. In his twisted game, he has been leaving behind clues of whom he might be, toying with the police. As lead investigator on the case, you'll have to use your expert sleuthing skills to piece together the clues and determine who the killer is before he strikes again!