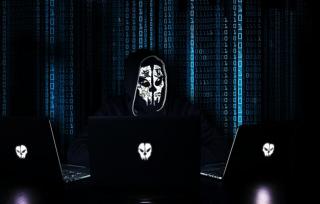 “Nitr0,” heard the name? If you haven’t, you’re about to learn. In fact, all of America might soon find it plastered across their TV screens. Nitr0 is t

world’s greatest hacker, he’s successfully completed over 300 cyber crimes, yet the FBI doesn’t have any leads to his identity. Early this morning a video was received at FBI Headquarters in Washington D.C. Nitr0 informed the Bureau of his plan to release a virus that will drain 100 million United States bank accounts of over $75 billion.

You are FBI Agent Alex Vargas, a fresh face in the Cyber Crime Unit. Fueled by optimism and a need for success, you determine that taking down Nitr0 would be the best way climb the ladder to the top. You’ve received an anonymous lead, apparently Nitr0 has been tracked to an apartment in Cambridge. It’s a long shot, but it’s the only thing you’ve got.

You arrive outside and discover what looks to be an average American college apartment. A powerful clack comes from the door, it’s been sealed shut. The television turns on and Nitr0 himself appears on the screen. He tells you that he was the one who tipped you off about the location, he’s setting you up and in one hour the FBI will trace everything back to you in this apartment. The realization is setting in, the biggest virtual heist in history is about to be pinned on you.

You know that Nitr0 always provides a kill code for every crime in case things go awry. You must find that code, kill the program and escape within the hour. So you don’t take the fall for the biggest crime in American history.