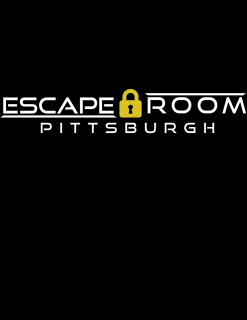 Escape Room is a real life adventure where players must use their knowledge to solve puzzles to escape in 60 minutes.

The origin of ?escape games? is believed to have started in the text of John Wilson?s 1988 book Behind Closed Doors but the game was initially popularized in Japan as a video game. Since it?s start, it has been transformed and re-imagined into real-life game simulations reinterpreted in cities across the world. The inspiration behind the Pittsburgh edition came from a family visit to Budapest, Hungry where the ambitious and adventure-seeking group of cousins decided to test their skills in a tourist attraction unlike anything else. They visited the Hungarian version of the Escape Room where they were instantly hooked, returning later that day to take on the second room. Excited by the unique, interactive and mentally engaging type of tourism activity,co founder Joe Deasy decided to apply his creative knowledge and entrepreneurship experience to take on the Pittsburgh version of this steadily expanding interactive game concept.