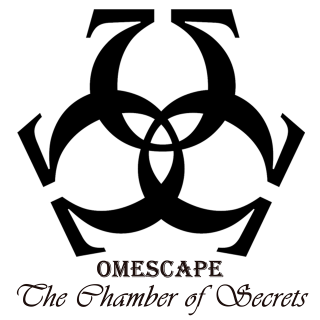 Real Room Escape Game is the latest trend of real-life social involvement game. A group of players are physically trapped in a room for an hour, and they need to...

The concept originates from ``Online Escape Games``. But instead of pointing your mouse and clicking on the screen, you will need to use your senses and interact with the environment.

Professor Stanley, known for his theory of time travel, disappeared inside his own office three days ago. His students say he was about to publish new findings on multiple time dimensions. As his closest friend, you’ve decided to find out the truth of Prof. Stanley’s mysterious disappearance. Pay attention to any clues related to time, otherwise the same thing could happen to you…

One of the most infamous serial killers in American history, Water White, AKA the “Night Stalker,” was reported dead of natural causes last year. Rumor says another prisoner found a weird-looking machine in the cell of “Night Stalker”, and disappeared a few days later. You wake up one day, and find yourself locked in a cramped cell. You are cold and alone. Silence surrounds and holds you. Suddenly, you realize this is the mysterious cell the “Night Stalker” died. You heart is pondering. No matter if this is a game, you know your only goal is to escape.

Sailors on ship “Adventure Galley” had no idea that their respected Captain William Kidd IX was a pirate. Survived from a shipwreck, Captain Kidd IX lived a double life and accumulated an insurmountable amount of wealth. As a tradition of his time, he buried his treasure in secret, out of the way places and left a map for his offspring to explore. Many people went on the quest of discovering Kidd IX’s treasure, but never returned. Now it’s your turn. Can you find the way to caskets of buried jewels, chests of gold ingots, and bags of outlandish shiny coins?