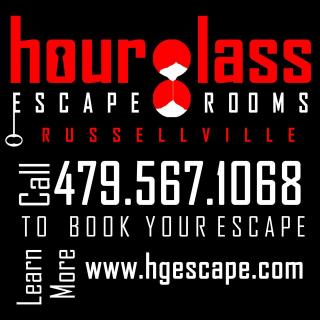 For one hour you and your friends will race against the clock, solving puzzles and cracking codes in hopes to escape in time.

Escape rooms are a new form of live action entertainment that have become a world wide phenomenon.Each room is themed and your objective can vary from finding the antidote, to searching for stolen art, or solving a murder. Do you have what it takes to escape in time?

In a desperate attempt to find an antidote for a deadly virus, a brilliant scientist made a stupid mistake. When Dr. Roberts began experimenting on himself, he could never have foreseen that his method to cure the virus would be the cause of its outbreak. Before his untimely demise he was successful in creating the antidote that could save us all. Unfortunately, his increasing paranoia, a side effect of his experiments, caused him to hide the antidote somewhere in his lab. The virus is spreading and you have only one hour to decipher the clues and find the antidote before the outbreak spreads too far to be contained.Outbreak is a great game for families to play together! This game is for ages 7 and up, children under the age of 12 must be accompined by an adult. The adults enjoy the challenge of the puzzle and the kids have fun finding the hidden items in the mad scientist lab. This room is recommended for 2-6 players at a time, with a max of 8 players.

An American Masterpiece has been stolen! The International art thief that committed the heist has been captured and is about to be extradited for past crimes. As a member of the FBI Art Crime Team you have been granted access to the evidence for one hour before it has to be returned to Interpol. Can you find the painting before it’s too late!
Stolen is a great game for anyone thats up for a challenge! When you win Stolen you will have bragging rights for years to come, as it is our most challenging room. Stolen is for ages 12 and up and is recomended for 4-12 players at a time with a max of 16.