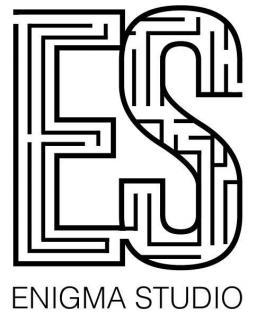 On the night of June 27th 2014, the biggest bank robbery occurred in Seattle. As part of the investigation team, you were attacked and knocked out... Now you woke...

....pace. "You have one hour to escape this room!" Says the voice. Can you solve the puzzles? Can you uncover the crime? Can you BREAK FREE?
Welcome to Enigma Studio, the premier provider of real life escape room games in Seattle with locations in Fremont and U District!
If you enjoy solving puzzles, setting high scores, or think you could be featured in a contemporary Sherlock Holmes novel, then you are just the kind of adventurous player we are looking for.
Our puzzle rooms are a unique experience that places groups of 4-12 people in a challenging and fun-filled environment with just one hour to escape in time!

The century-long civil war between the United Earth Federation and the separatist Talos Faction has decimated the human race. Talos Faction has built a new weapon with the capability to turn the tide of the war. A suicide fleet of Talos Faction ships has breached UEF defenses and delivered a destabilized Dark Energy bomb into Earth's orbit.

The device has the potential to destroy all UEF inhabited planets within a 200 light year radius. Not even the fastest starship could warp the bomb far enough away at this point. With only 1 hour remaining on the countdown, you and your team set out in one last-ditch effort to defuse the device and save mankind's homeworld.

On the night of June 27th, 2015, five million dollars were stolen from a high-security banking firm in downtown Seattle. The robbery is noted as being the biggest heist in decades and made headlines across the United States. Committed by the world-famous thief duo, named Moon Eagle, this robbery remains one of the most complex unsolved crimes of the 21st century. Official FBI examinations of the scene have yielded few clues as to how the money was transported from the bank and even fewer suspect leads.
As members of the FBI you are contracted to investigate a new lead that Moon Eagle themselves have sent to one of our agents in the form of a letter. They have mysteriously revealed the location of their safe house with the intention of playing some bizarre "game" they call Chainber Break....