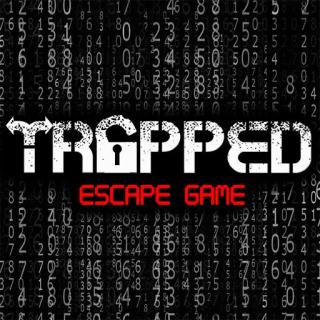 Race against the clock as you solve puzzles & crack codes hidden around the room in hopes of finding the code allowing you to "escape” in the nick...

Address:
215 Forks of the River Pkwy

Trapped Escape Game is a thrilling race against the clock to find your way to freedom. You will be locked in a room with 60 minutes on the clock in which you must solve puzzles, crack codes and other cyphers hidden around the room in hopes of finding the four-digit code allowing you to “escape” in the nick of time. We offer three different rooms designed for groups of 2-8. Whether your a cryptogram guru or can’t find the keys to your front door, see if you have what it takes to escape, or you’ll be Trapped!

The year is 1936 in Chicago during it’s height of gangster activity. Al Capone has captured you and locked you in his apartment while he takes care of some business. He's coming back in one hour to interrogate you, and you do not want to be there for that. See if you have what it takes to escape before he returns...or you'll be Trapped!

It's rumored that old man Tinkersley had a secret moonshine recipe that made him filthy rich, but all was lost when he had a tragic accident. Or was it? Break into his cabin and see if you can find his stash of money and moonshine but get out of there before you find out if his accident was really a rumor or not.

You came to visit a friend at the Asylum, but there has been some fishy activity lately. A crazy doctor is allowing people in, but not out. You have one hour to escape before you're admitted as a permanent resident.