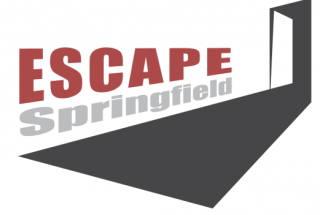 With time working against you, your team must use clues, common sense, and problem solving skills to find your path to freedom before the clock runs out!..

Escape in time and get your group photo on our Escapee wall so your friends can all take note of just how smart you really are.  (Don't worry, we won't tell anyone that your teammates actually solved the final puzzle for your escape.)

After your first escape,  you'll be hooked.  Which is why we have four scenarios, each requiring varying levels of ninja-like brain powers, running all at the same time!

Not sure you're up for the challenge?  Try our entry-level room for a balance of good fun and entertaining brain teasers.  Don't get us wrong, it's not foolproof, but you're no fool because you're already clicking the Book a Game link at the top of this page.

Get in, be part of the game, and escape!

Ushering in a new era of interactive entertainment, escape-themed games bring a broad range of excitement and emotions as you learn just how good (or bad) you are at working with a team of people you may not even know to reach the same goal.  Win or lose, you won't soon forget the experience.

A late night call asks you to come in to the morgue to identify a body. Upon arrival, you realize you must have received the wrong address. This morgue is abandoned. As you turn to leave, the door locks and you are trapped. Will you uncover the secrets within the walls and escape in time?

Toys, books, and teacher’s dirty looks… This blast from the past will challenge even the most elementary of knowledge. Put your skills to the test, there will be no time to rest! Do you have what it takes to graduate kindergarten?

It’s late for a sales meeting, but your boss was adamant about chasing this lead down. The client’s a big name locally, and she wants you and your team to seal the deal. The caller’s eerie voice sounded insistent and nervous, as if demanding the entire team come along with you.

When you arrive at the office, you see the grisly scene: someone’s been murdered. It seems like an investigation was underway—recent, but incomplete. But you can’t help wondering where the police are now, and who it was that called you earlier. Something’s not right here, and you can feel the creeping sense of doom on the back of your neck. There’s no time to make sense of dread washing over you, as the door to the room swings shut. You hear a lock click on the door; the handle won’t budge. If you want to get out of this office, it looks like you’re going to have to… take care of business.
​