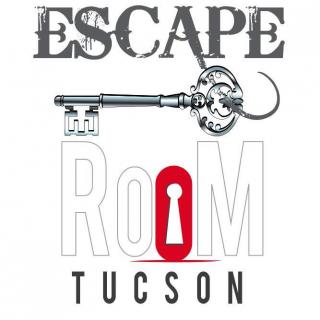 You are locked in a room with others and have to use elements of the room to solve a series of puzzles, find clues, and escape the room within 60 minutes.

Escape Room Tucson is a real-life room escape game and physical adventure game in which people are locked in a room with other participants and have to use elements of the room to solve a series of puzzles, find clues, and escape the room within a set time limit.

Participants get to become part of a plot and a cohesive unit that actively controls the story line of their session. Gone are the days when we only had the option to just go to a movie and watch the action unfold. With this, you get some skin in the game as you and your friends and co-workers become the protagonists who race against the clock to determine your own fate.

At Escape Room Tucson, you must explore your surroundings in order to escape. Players must be observant and use their critical thinking skills to escape the room. Some games include sub-plots. You have to unravel the mystery of a hidden room, working as a team to solve a variety of quirky and inventive puzzles to escape.

Your life you will become totally removed from your current world and are focused on nothing but escape. The circumstances that are created bring about excitement, laughter and ample amounts of adrenaline and force you to manage yourself efficiently and effectively with others thus creating an amazing team building experience.

Whether you escape or not, at the end of the day, you will have created a memory and will have learned communication lessons that will be etched into your mind for eternity.

Leonardo Da Vinci was one the greatest minds the world has ever known. He invented, painted, sculpted and did so many things that we are still trying to figure out. We can’t do it alone. Many have tried and failed. Time and time again Leonardo’s riddles baffle us. You and your friends have been granted a rare private viewing of Leonardo’s own private quarters. Now it’s up to you. You’ve got an hour. Can you do what many before you have tried and failed time after time?

Yin and Yang, black and white. The fact is that opposing forces actually complement each other. Life, relationships, everything that happens is never black and white. Only together will you be able to escape this room.

Strange lights were sighted over Roswell, New-Mexico. Increased military activity can be seen all over. No one is really talking, you hear only rumors and it’s the same thing over and over again, “They’ve found aliens.” Your group has infiltrated “Area 51,” the top secret military installation. Now that you’re in, can you solve the mystery that is Area 51?

Fabulous Las Vegas. The biggest party of all. It was a great night wasn’t it?!?! Shame you can’t remember a thing. What the hell happened? How did we all get here? Where are we? And why is our head throbbing like it’s been hit with a sledge hammer? We have to get it together. What happened last night? Security is showing up in one hour to clear us out because of all the trouble we caused last night. Does the slogan “What happens in Vegas stays in Vegas” apply to what we did last night?