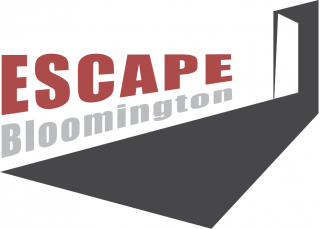 With time working against you, your team must use clues, common sense, and problem solving skills to find your path to freedom before the clock runs out! Escape...

...y are. (Don't worry, we won't tell anyone that your teammates actually solved the final puzzle for your escape.) After your first escape, you'll be hooked. Which is why we have four scenarios, each requiring varying levels of ninja-like brain powers, running all at the same time! Not sure you're up for the challenge? Try our entry-level room for a balance of good fun and entertaining brain teasers. Don't get us wrong, it's not foolproof, but you're no fool because you're already clicking the Book a Game link at the top of this page.
Get in, be part of the game, and escape!
Ushering in a new era of interactive entertainment, escape-themed games bring a broad range of excitement and emotions as you learn just how good (or bad) you are at working with a team of people you may not even know to reach the same goal.  Win or lose, you won't soon forget the experience.

THE CURSE OF JACKLING MANOR

Part 1 of 3....You and a friend decide to walk down old Spooky Hollow Road, when you begin to approach the Old Jackling Mansion.  On a dare you decide to head inside, despite your better judgement.  What you find inside isn’t quite as terrifying as the fact that the door slams shut behind you.  You run to the door to open it, when you realize you are trapped! Will you be able to find a way out or will you be forced to spend the night inside the Jackling Mansion?
SUGGESTED NUMBER OF PLAYERS:  6-8
LIGHTING: 50%
CREEP FACTOR: 4

You and your co-workers are gathered in your office for a late night meeting.  Suddenly,  you hear a scream and the door slams shut and locks.  As you scramble to make sense of it all,  you begin to notice messages appear within the room.  Will these messages lead you to freedom?
SUGGESTED NUMBER OF PLAYERS: 8-10
ESCAPE RATE: 20%
LIGHTING: 50%
​CREEP FACTOR: 0

You and your friends have been kidnapped and you wake up in this playroom.  Fortunately, those who successfully escaped before you left clues to help guide you toward the exit.  Can you find and decode the hidden messages in time?
SUGGESTED NUMBER OF PLAYERS: 6-8
ESCAPE RATE: 27%
LIGHTING: 100%
CREEP FACTOR: 0

As Chemlock Holmes, you are investigating a crime scene.  Drug traffickers have been cooking up something illegal and you have stumbled upon their secret lab.  Will you find what you need and escape before they return and lock you in forever?
SUGGESTED NUMBER OF PLAYERS: 6-8
ESCAPE RATE: 3.4%
LIGHTING: 50%
CREEP FACTOR: 0
Due to the theme of this room, it is suggested for those 18 and older.

It's the last day of your family vacation, you have had such a great time in Paris and hate to leave.    While in a mad rush packing your belongings, you realize the airplane tickets are missing! There's not enough time to retrace your steps....   Will you find your airplane tickets in time or will you miss your flight?
SUGGESTED NUMBER OF PLAYERS:  6-12
ESCAPE RATE: 39%
LIGHTING: 100%