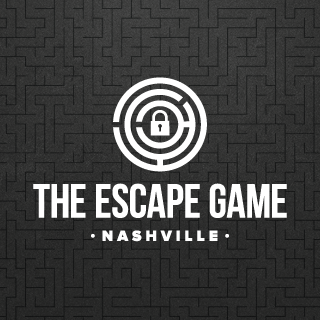 The Escape Game is a fun, new entertainment concept located only 4 miles from Downtown Nashville, and is the first of its kind in the South. Each Escape Room is...

Whether you?re a group of friends, family members, or coworkers, your goal is simple: you have one hour to work together, crack codes and solve ciphers to escape. Book today and see if you have what it takes to escape in under 60 minutes!

GOLD RUSH
2-7 PLAYERS – For nearly two centuries, the hope of gold has lured people to the hills of Northern California. No one was captivated more than Clyde Hamilton, a greedy gold prospector who loved to gamble. Clyde made too many bets with the wrong crowd and now he's missing. You've been tipped off to where he stashed his gold...But so has the mob. Finders keepers.

NASHVILLE
2-6 or 7 PLAYERS – You and your team are an up-and-coming band who want to make it big in the music industry. Recently, you heard a rumor that world renowned producer Rick Teggen hid a contract in his studio before he retired. Legend has it that if you’re the band that finds the contract, he will come back to produce one last record, guaranteed to make you famous. You’re a guest in the studio, so you only have 60 minutes...Good Luck!

PRISON BREAK
2-8 PLAYERS – The year is 1955. You’ve been wrongfully accused of a crime, and sentenced to life in prison without the possibility of parole. Your new “home” is a cell that once belonged to an inmate who disappeared without a trace...or did he? Some claim he escaped. Others swear he was murdered by the infamously cruel warden. But no one actually knows...can you escape before you suffer the same fate?

THE HEIST
2-7 or 8 PLAYERS – Stealing is wrong. Most of the time. Get ready for an exciting challenge of beating thieves at their own game. If you succeed in your mission you will become national heroes! If you fail, you will be treated as a common criminal by the authorities.

UNDERGROUND PLAYGROUND
4-12 PLAYERS – Find surprises in our underground Kindergarten playground! This game is more than just ABC’s and 1-2-3’s, and accommodates up to 12 players. So get your favorite sidekicks together and test your wits in a room that is anything but Elementary. Fail to escape and you'll be repeating Kindergarten!